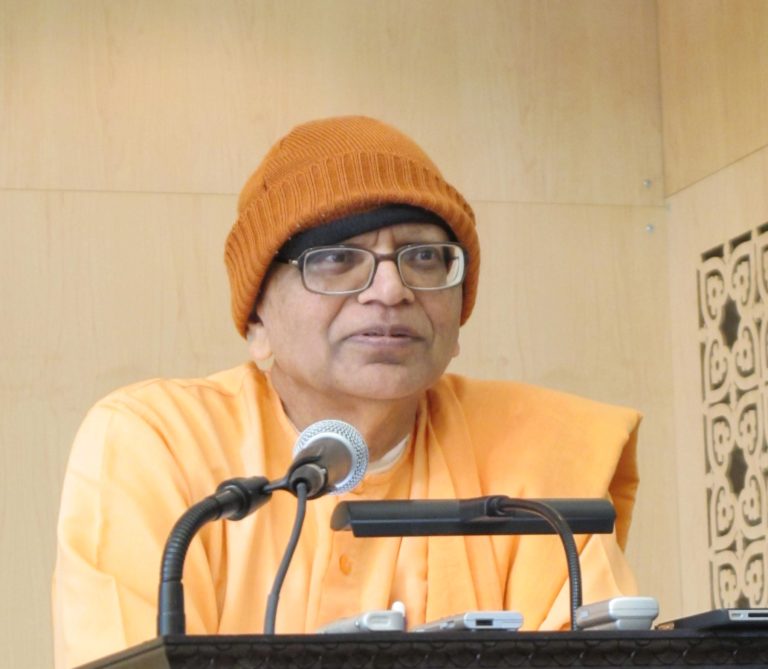 Rev. Swami Dayatmanandaji Maharaj was born in 1943 in Andhra Pradesh, India. Deeply influenced by the teachings of Sri Ramakrishna and Swami Vivekananda, he joined the Ramakrishna Order after finishing his college education in 1962.

He was initiated by Rev. Swami Yatiswaranandaji Maharaj and he was ordained as a monk in 1973.

He was working in various capacities in several centres of the Order in India, his last centre being Bangalore, where he worked for 17 years.

He is now leading a retired life at the Ramakrishna Mission Home of Service, Varanasi.